A unique tourist object located in the Ukrainian Carpathians, in the Ivano-Frankivsk region, the Gorgany mountain range. The waterfall impresses with its beauty and inextinguishable power. Its waters break through a narrow canyon, age-old rocks and fall down on the rocks with a pleasant noise. It is best to arrive at the waterfall in the spring, when the snow begins to melt actively or during the rainy season. It is during this period that the waterfall looks especially luxurious and powerful. Every year more and more tourists come to it, including from neighboring countries. The only disadvantage of the locations can be considered not very convenient passage to the waterfall

The object should become a mandatory point of any tourist route in the Carpathians. It differs from other similar wonders of nature in its bubbling streams, which practically do not fade even in hot weather. Near the waterfall, tourists like to take pictures, fix up a camp, make picnics. In the warm period, the waterfall helps to refresh yourself, get a charge of vivacity and energy. Remember that the water in it is cold enough, so after taking a dip, you can easily catch a cold.

The waterfall in its characteristics is not much different from similar locations that can be found in the Carpathians. Its height is just over 8 meters, and its width reaches 2 meters. It consists of only one cascade and attracts attention with its full-flowing.

Since 1972, the BukhtivetskyI waterfall has been officially recognized as a hydrological monument of nature. Now the waterfall is under state protection. The local authorities plan to equip a path to the waterfall and make its visit safer.

Near the Bukhtivetskyi waterfall there is an equally picturesque Drip Waterfall. A visit to this waterfall can make a small tourist trip to the Carpathians even more colorful and intense.
The biggest advantage of the location can be considered incredible nature, relative silence, the presence of a huge amount of greenery and a relatively small flow of tourists. The place is great for camping. The presence of gazebos, benches will allow each guest to relax, have a good time, stop for a picnic.

There are many options near the Bukhtivetsky waterfall, where you can stay for the night relatively inexpensively and with good service. You can always find a place not only in the hotel, but also in the private sector. Among the best options, it is necessary to note the complex "Kraievyd" In Yaremche, "Charda" In Polianytsia,"Bukovel" In Polianytsia, "Roztoku".

Most hotels near Pasichne, where you can stay, offer breakfasts, lunches, dinners and complex meals. Most of the good options should be noted cafe "At Arthur's" ("U Artura"), which always contains very good pastries and snacks.

In general, in order to refresh yourself, it will be necessary to have a small amount in your pocket. The city of Nadvirna will delight with a good choice of cafes and restaurants. A great solution will be to visit the Kolyba, where there are pastries, first and second courses, desserts, drinks, including alcoholic ones.

Bukhtivetskyi waterfall is located in the village of Bukove, near the town of Nadvirna, on the left tributary of the Bystrytsia Nadvirnianska River. There are many ways to get to the destination, including on foot, by bicycle or even by car. To do this, you must first get to the Pasichne village. Keep in mind that the road deteriorates significantly closer to the waterfall. By the way, from the highway to it about 6 kilometers. Alternatively, you can go from the city of Nadvirna. Then you should focus on the Bystrytsia village. The easiest way to get to the waterfall is by local fixed-route taxi.

As you approach the beautiful Bukhtivetsky (especially if you move on foot), you will hear the characteristic sound of water that falls on the stones. You won't notice it on the car. So you should be careful not to drive through the barrier, especially if it is open.

Already further you need to go along the path leading to the wooden stairs. After walking a few more minutes, a lawn will appear, which is ideal for camping. To the waterfall you need to go down a steep path to the natural canyon of the Bukhtivets River with a crossing to the other side. In general, you can focus on GPS coordinates, which will easily lead to the needed point 48°36′10.8″ N 24°22′12.0″ E.

If you get to the waterfall from Kyiv, it is better to focus on the city of Kolomyia or Ivano-Frankivsk, because there is a railway station, a bus station. There are no problems buying a ticket for any of the presented types of transport. Already upon arrival in the destination city, you need to drive up to the Pasichne village either by suburban buses, fixed-route buses, or taxis. It's even easier to drive by car, but it's worth considering that on average you will have to spend at least 10 hours on the road (from the capital of Ukraine). The last fact for inexperienced drivers should be decisive importance. 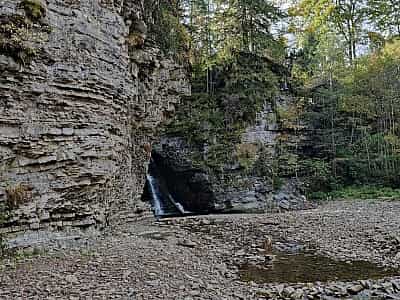 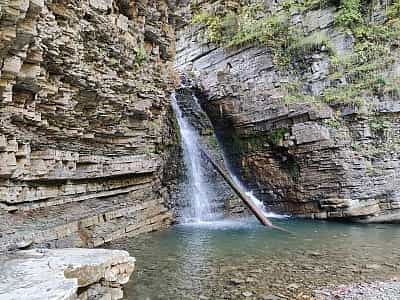 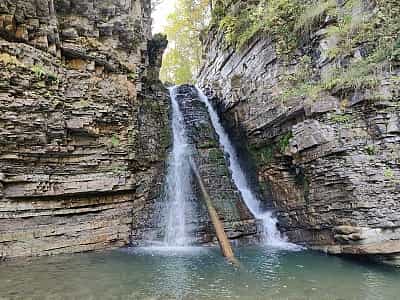 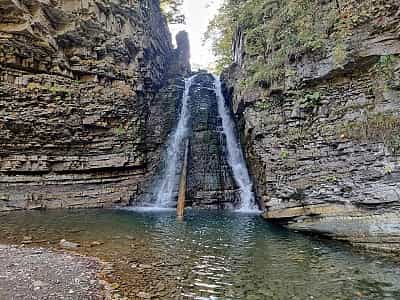 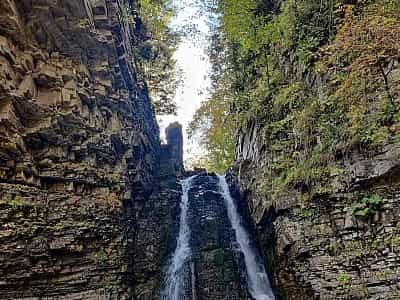 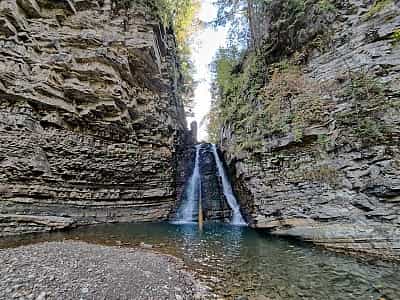 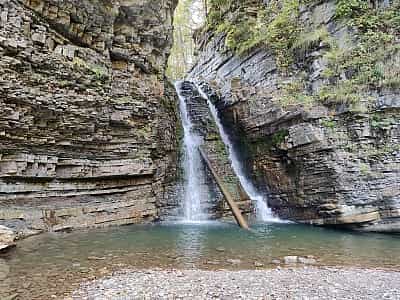 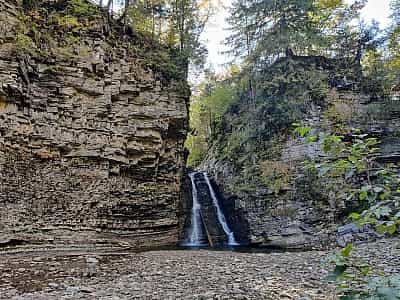 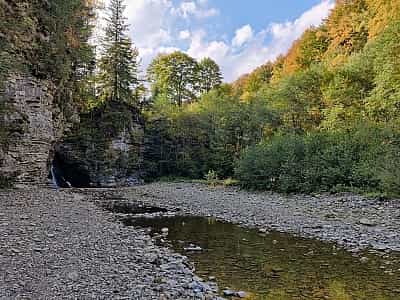 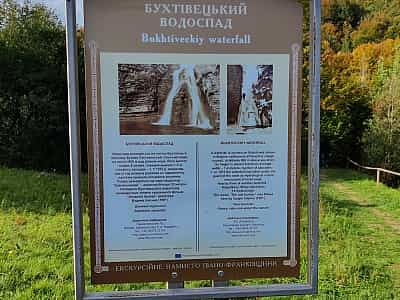 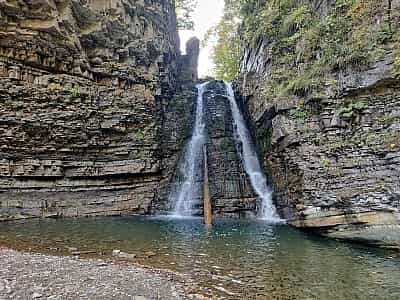 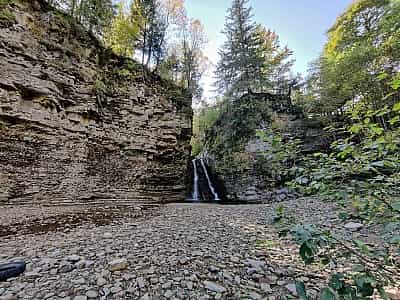 This location has been checked by the Funtime team. The ratings reflect only the personal opinion of the team
Details...
Ivano-Frankivsk region, the village of Bukove
Build route