It is hard to argue that waterfalls are one of the most amazing natural phenomena that evoke indescribable emotions and vivid impressions. One of them is located in the village of Fontanka, Odessa region, the existence of which is not known to every local resident. It is important to note that the settlement itself is famous for its groundwater, the existence of which is associated with the regular occurrence of landslides. Probably, they caused the appearance of such an unusual waterfall.

Description of the waterfall on the Fontanka

The object is not distinguished by its scale, but every year attracts more and more tourists. Its height does not exceed 5 meters, and there is a fairly strong flow at any time of year. The peculiarity of the waterfall is the fact that it falls almost vertically from a small rock ledge, creating a characteristic noise that can be heard for several hundred meters. Then he "goes" in a small stream into the open sea.

Locals claim that Fontanka's waters do not freeze even in severe frosts, have a constant temperature and stable pressure. In winter, sunny weather, the waterfall is especially beautiful. Sometimes it seems that it is not on the shores of the Black Sea, but in a real fairy-tale snow kingdom. It is important to note the natural origin of the object. Probably that is why it is a must for most tourist routes on the Black Sea coast.

It is rumored that the water quality of the waterfall leaves much to be desired. There is a version of the drain into the stream upstream of the sewers, so it is not recommended to taste the water from the source. The administration of the region soon plans to start clearing the area around the waterfall, make it a convenient entrance, stop the discharge of sewage and turn Fontanka into a full-fledged natural monument of Odessa Oblast.

It is interesting to note that relatively recently an official water intake was conducted to study the quality. The procedure was initiated by deputies of the village council S.P. Kaftan and B.A. Rymar. The results of the Aquarum laboratory showed that Fontanka water cannot be considered drinking and does not meet the established standards. By the way, the same indicators were found in the water of private sector wells. These are the objects where the water level is at the same level as the groundwater of Fontanka.

Video from the waterfall on the Fontanka

In the warm season, a hike to the waterfall on the Fontanka can be combined with a visit to a small grotto or a beach holiday. There is almost nothing to do here in spring and autumn, as there are no other attractions and places of rest within walking distance. In summer, people come here to soak up the sun, to be away from the hustle and bustle of the city. It should be noted that in the village of Fontanka there are four equipped beaches, including Central, Barzha, Zanzibar and children's one.

If you want to refresh yourself, you can do it in one of the restaurants in Odessa. Among the most interesting offers is the Kura complex, which is a 5-minute walk from Derybasivska Street. The option will impress with the quality of cooking and serving of Caucasian cuisine. A great solution will be the desire to visit the Strudel Cafe on Milanska Street, which offers fresh and very tasty pastries. In addition, you can choose white, rosé or red wine.

A very good place on Fontanka is the restaurant Mastara Castle, located at 23A Hoholia Street. This is a great choice for lovers of European, Armenian and Eastern European cuisine. Among the positive moments are kebabs, fondant, salmon dumplings, khachapuri, cranberry sauce for Camembert, medallions in bacon, tiramisu, pleasant music and perfect service. Prices here are above average. A more affordable option is a bar-restaurant on Molodizhna Street, 19a, which always has a cozy atmosphere and offers delicious food.

Stay overnight in one of the many hotels in Fontanka. Among others, we can highlight the hotel "Black Sea Riviera" on Maiskyi Lane 6, Luxury Apartments Park Fontanov on Chekhova 2, Cozy studio Odessa Fontanka on the Hretska where there is everything you need for a comfortable stay and different types of rooms. A number of the offered options will please with existence of a panoramic look, equipment of home appliances, climate system, a dining area and other conveniences.

The object is located only 20 kilometers from the city of Odessa, 30 minutes by public transport on the route M14. The landmark is the second stop in the village of Fontanka. Getting to the waterfall on foot in 15 - 20 minutes will not be difficult. To do this, follow the path that starts from Luhova Street. An alternative approach begins with the descent to the beaches of the Riviera. I must say that a little trip in each case will be quite interesting. If you decide to drive to the waterfall in your own car, you should choose the direction to the Naberezhna Street, towards the parking lot.

As already mentioned, the waterfall is located near Odessa, where there is an airport, bus station and passenger railway station. Therefore, it is easier to get to Fontanka from big cities. You can get there by train in 10 hours, by bus in 5-7 hours, by car in 5-6 hours, by plane in about half an hour. Arriving in Odessa, the easiest way to get to the waterfall is by suburban minibus or taxi. Some tourists prefer to walk this route along the Black Sea coast. 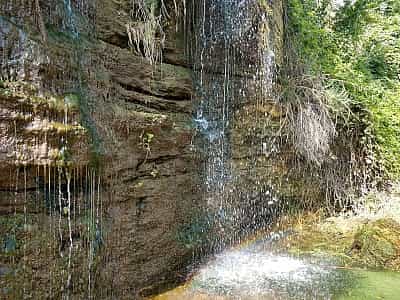 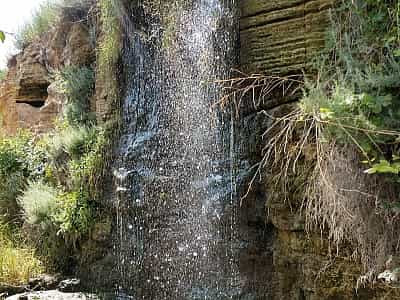 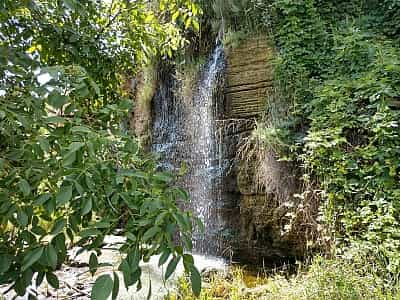 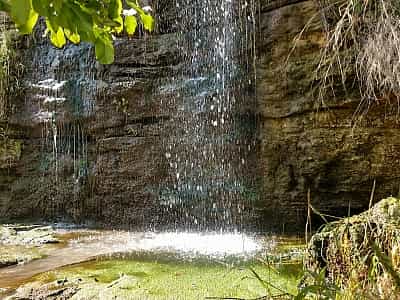 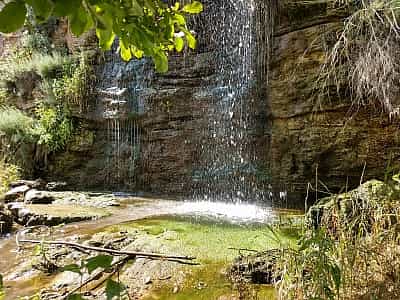 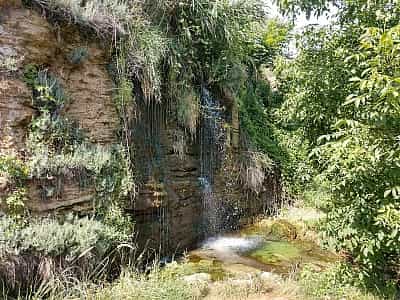 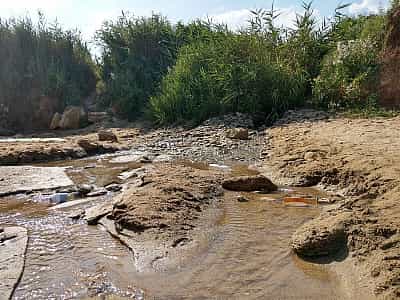 This location has been checked by the Funtime team. The ratings reflect only the personal opinion of the team
Details...
Odessa region, Fontanka village, 44 Primorskaya Street
Build route